Quoting a release, the Ceylon FT reported that the delegation, led by IMF’s Mission Chief for Sri Lanka, Manuela Goretti, held discussions with Minister Samaraweera at the Ministry of Finance.

The focus of this meeting was the loan instalment to be granted to Sri Lanka.

The Governor of the Central Bank and the Secretary to the Treasury also joined the discussion.

The IMF has disbursed four loan instalments to Sri Lanka so far and the fifth instalment was due to be disbursed last November(2018).

However, owing to the political crisis that emerged in the country at the time, the fifth instalment was suspended temporarily. The Finance Minister had then called on the IMF in this regard in January 2019.

Meanwhile, The Island newspaper reports that a United Nations expert, Juan Pablo Bohoslavsk, who visited Sri Lanka last year, criticized the government for carrying out IMF recommendations, without thinking of the impact they have on the poor.

He also criticized the automatic market-based mechanism (pricing formula) introduced to fix fuel prices, stating that such measures could have serious negative impacts on the livelihood of fishing, farming and rural communities.

Bohoslavsk, who is the United Nations Independent Expert on the effects of foreign debt and other related international financial obligations of states on the full enjoyment of all human rights, particularly economic, social and cultural rights, has written a report on his visit, which will be presented at the Fortieth Session Human Rights Council on February 28th.

Additionally, the World Bank Vice president for the South Asian region Hartwig Schafer was also in the island recently. He concluded a 3-day visit to Sri Lanka on Friday.

He met and held discussions with the President Maithripala Sirisena, Prime Minister Ranil Wickremesinghe, Minister of Finance Mangala Samaraweera and the Governor of the Central Bank Dr Indrajith Coomaraswamy and a number of other high ranking officials.

Meanwhile, on Friday a joint press release issued following the 22nd session of the European Union – Sri Lanka Joint Commission in Brussels yesterday(February 18) stated “The EU reiterated its opposition to the use of the death penalty in all circumstances and encouraged Sri Lanka to maintain its moratorium on executions with a view to abolishing the death penalty.”.

The EU release added Sri Lanka reaffirmed the commitments made to implement 27 conventions on human and labour rights, environment and good governance in order to benefit from the GSP+ scheme.

He noted that World Bank and IMF pressure countries like Sri Lanka to accept their terms constantly. He argued that Sri Lanka is sovereign and therefore has the ability to refuse their conditions. He noted if Sri Lankan government is to accept the conditions a government was not necessary to rule the country.

“Why do we need a government if they are going to accept their conditions. It would be better if the country was given to the IMF or the World Bank” he concluded. 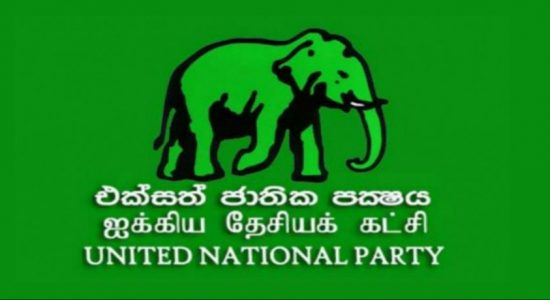 Is Mangala’s statement on the cardinal the official stance of the government? – MR