Three arrested with a firearm in Agbopura

Three arrested with a firearm in Agbopura

COLOMBO (News 1st) – Three suspects have been arrested near the Kithuluthuwa bridge in Agbopura for the possession of a locally manufactured firearm.  The arrest was made using emergency road barriers following a tip-off.

The Police had also seized the cab that the suspects were traveling in. The three suspects are 28, 24 and 21 years of age. They are due to be presented before the Kanthale Magistrate Court today (February 03). 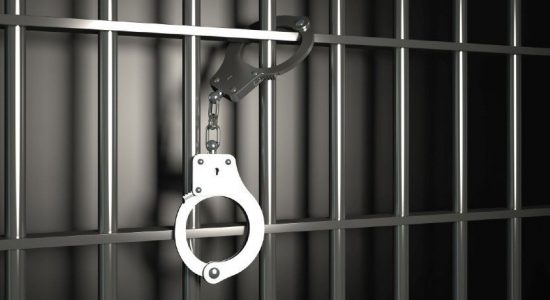 2 arrested for posession of illegal firearms

2 arrested for posession of illegal firearms