Colombo (News1st): The body of the second man who jumped into the Mahaweli River in Kinniya, Trincomalee following a raid to shut-down illegal sand-mining in the area, was discovered this afternoon (Jan 30).

The deceased was a 19-year-old resident of Kinniya. Two men who jumped into the river were reported missing since yesterday (Jan 29) and one body was discovered last night. The final rites of the deceased 22-year-old was conducted this afternoon. The Police Media Unit quoting the Judicial Medical Officer said the cause of death was drowning.

Unrest was witnessed when the Sri Lanka Navy launched a raid in Trincomalee yesterday morning to shut-down illegal sand mining. 12 navy personnel were injured when protesting sand-miners and other pelted stones at them. Security was beefed up in Kinniya thereafter, and the STF said the area is now calm and under control.

Chairman of the Geological Survey and Mines Bureau Asela Iddawela noted that the area in question is now a high-security zone and sand mining cannot be carried out in such areas. He added that they received information that sand mining was happening on a large scale in these areas, as a result, the Sri Lanka Navy was notified and was requested to raid the locations. He went onto note that they regret the unruly behaviour of the people who were engaging in these illegal actions.

Senior Director of Mining D. Sajanada Silva said that they have temporarily suspended all permits, connected to all the complaints received in the Trincomalee district. Silva noted that this decision was taken to stop illegal mining in the area and to bring the perpetrators of these crimes to justice.

When questioned regarding the attack Navy Media Spokesperson Lieutenant Commander Isuru Sooriyabandara said the Navy personnel were surrounded by a large group. He added that in addition to the police investigation the navy is also conducting an internal investigation. 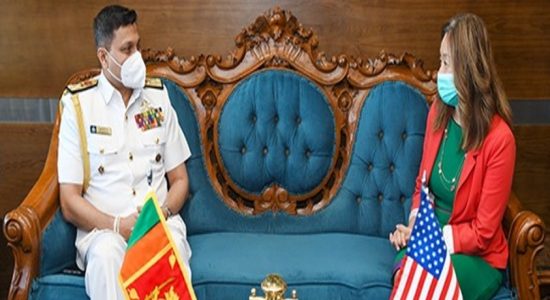