Colombo (News1st): The Campaign for Free & Fair Election (CaFFE) states that certain people have no intention of conducting the provincial council polls.

Acting Executive Director of CaFFE Manas Ahmed noted that just a few months ago they were able to see various groups fighting for democracy in Parliament and coming out to express their opinions on protecting democracy. He questioned why the Speaker and the 225 members of Parliament who fought to protect democracy are not doing the same for the Provincial Council elections.

He added that during the period of political uncertainty there were plenty of people gathering at Temple trees under the premise of fighting for democracy. Ahmed claimed that among these persons were former provincial councillors. The acting director of CaFFE noted that it is surprising to see none of these former councillors fighting to protect democracy in the Provincial Councils.

Meanwhile, Non-Cabinet Minister Sujeewa Senansinghe speaking to reporters following an event held on Tuesday (Jan 29) reacted to statement made by Chairman of the Elections Commission, Mahinda Deshapriya. Deshapriyaon Monday claimed that he would resign from his position if provincial council elections are not held before the scheduled dates for the Presidential election.

Meanwhile, Former Minister Johnston Fernando expressing his views regarding the statement made by the chairman of the elections commission said he should not resign and instead obtain an order from court to hold elections. He added that when Deshapriya resigns the government will appoint one of their “catchers” to that position because that is how independent commissions functions at present.

Johnston said the true story now is that the members appointed to these independent commissions are either loyal to the UNP or they crave for NGO Dollars. He went onto note that even though they are pleased with the statement of Mahinda Deshapriya, he must work with more responsibility. Johnston notes that it is his duty to go to court immediately and call for elections. He added that he must not wait until November. 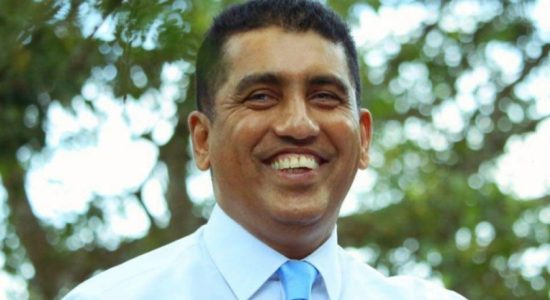 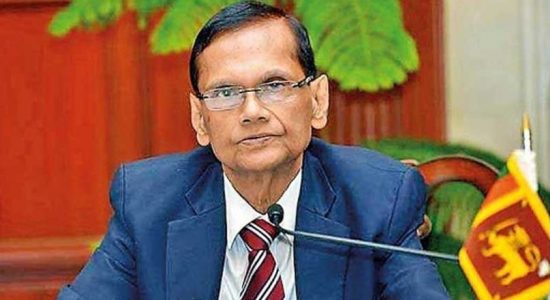