Bollywood actor, Nawazuddin Siddiqui who is essaying the role of Bal Thackeray was accompanied by actress, Amrita Rao who is playing his wife, Meena Tai Thackeray, and Member of Indian Parliament and writer of the film, Sanjay Raut at the screening.

Directed by Abhijit Panse, ‘Thackeray’ shows the rise of Shiv Sena and the man behind it, Bal Thackeray. The film also shows how Thackeray became one of the most influential and strong politicians in Indian politics.

A religious zealot whose grip over Mumbai often resembled that of a mob boss, Thackeray was president and founder of the hardline Shiv Sena (Shiva’s Army), built around his fiery rhetoric on religion, immigration, and communalism.

A hero of Maharashtra’s Hindu working class, he was heralded as a staunch defender of regional heritage by his supporters and despised as a hot-headed bigot by others. He devoted his public life to championing the rights of Mumbai’s “sons of the soil”. He died of cardio-respiratory arrest in 2012. He was 86.

The film slated to hit the theatres on January 25. 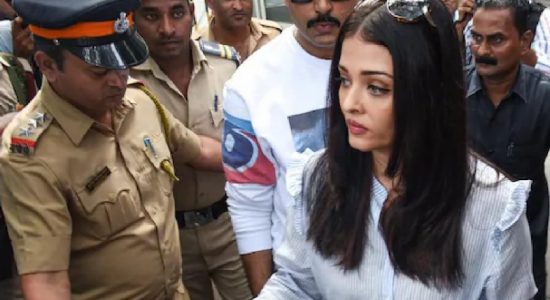