Colombo (News1st) – The Supreme Court is currently considering the appeal filed against the Interim Order given by the Court of Appeal which restricts Mahinda Rajapaksa and the Prime Minister and the Cabinet of Ministers from functioning. The appeal is being taken up before Justices Eva Wanasundara, Buwaneka Aluvihare, and Vijith Malalgoda.

The bench has granted leave to proceed with the case and the appeal is currently being taken up.

Counsels appearing for both parties and intervening parties appeared in court today.

Attorney K. Kanag-eswaran through a motion is seeking a full bench to hear the case. The request was backed by M. A. Sumanthiran who stated that the matter impinges on parliamentary privileges. Sumanthiran called on the justices to recommend to the CJ, to appoint a full bench.

Attorney at Law Sanjeewa Jayawardene argued that the Court of Appeal does not have threshold jurisdiction to consider the case adding that only the Supreme Court has that jurisdiction. Jayawardene noted that this is a unique case that deals with the governance of the country 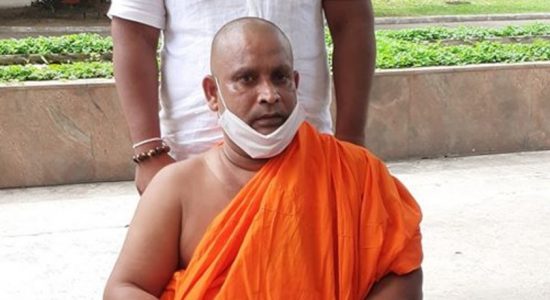