The Speaker’s Media Division stated that the Speaker has informed the President in writing that the motion was passed in Parliament with a majority of 117 votes.

Parliament convened at 1 PM today, headed by Speaker Karu Jayasuriya while members of the UPFA boycotted today’s sittings as well. The motion of confidence in Ranil Wickremesinghe was tabled by the Deputy Leader of the United National Party Sajith Premadasa.

MP Sajith Premadasa stated that the country’s development is at a standstill due to the absence of a legitimate government. He noted that Sri Lanka is deprived of foreign aid and many programmes such as Gamperaliya and Gam Udawa have come to a  halt due to this situation.

The motion was seconded by MP Mangala Samaraweera. MP Samaraweera stated that due to the crisis in the country with the absence of a legitimate government, wages, samurdhi, and pensions of citizens cannot be paid after 31st December. He stated that therefore a new Cabinet of Ministers should be appointed through which a draft of a Vote of Account Budget should be prepared at least for the first two months of next year. He then noted that after the immediate measures the 2019 Budget can be brought in during the first half of next year.

The leader of  JVP MP Anura Kumara Dissanayake stated that the no-confidence motion presented on the 4th of April is still valid, regardless of the confidence won today in the Parliament. He noted that the public has a mindset at present where even a coup will be accepted and this is due to Ranil Wickremesinghe’s actions.

He stated that it is to be made clear that JVP is not at the conclusion that it is Ranil who should occupy the position of Prime Minister indefinitely. JVP abstained from voting for the motion. 117 MP’s including the 15 MP’s of the Tamil National Alliance voted in favor of the motion.

Ranil Wickremesinghe addressed the Parliament after the vote passed. He stated that the vote which took place today was an important measure in defeating the unconstitutional act which transpired on the 26th of October.

MP Wickremesinghe stated that in their efforts to draft a Constitution, they will be committed to a political solution accepted by the Sinhala, Tamil and Muslim community of this country. He noted that they will also commit to abolishing the Executive Presidency.

Parliament was adjourned until the 18th of December. 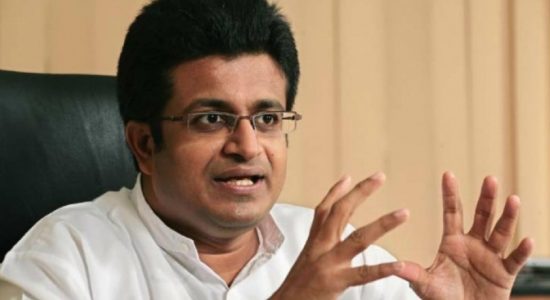 Vessel for justice takes to the streets to uphold democracy

Will implement all development measures - Sajith

"I wish to build the country with PM's blessings"

Will implement all development measures - Sajith