We will build a ‘pure’and ‘clean’ government – S. B. Dissanayake

We will build a ‘pure’and ‘clean’ government – S. B. Dissanayake

Colombo (News 1st) – S. B. Dissanayake at a press conference stated that all 95 members of SLFP will be standing with the Maithripala-Mahinda government.

He also went on to state that there are several former ministers willing to join but that they assessed by the leadership before taking them as the new government is a ‘pure’and clean’one.

Dissanayake states that they will be building a strong government with 123 MP’s.

Several other MP’s and former MP’s spoke to the media. When MP Dilan Perera was posed with the question of how much they paid for MP’s to switch sides, he replies by stating that they did no such thing. This is in stark contrast to Ranil Wickremesinghe’s statement that MPs were paid up to Rs 250 million to cross over.

Perera goes on to state that there were no bids presented to make the JVP MP’s switch sides and that several of them were willing to do so.

Publically the JVP have stated they will not support either side. 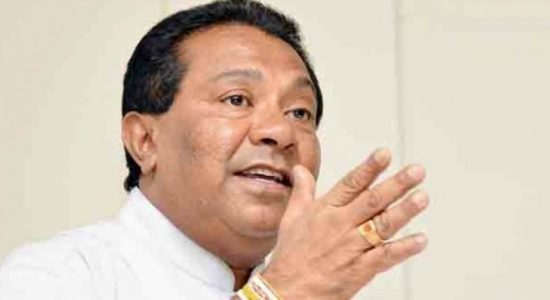