COLOMBO (News 1st) – It was revealed at the Presidential Commission today, that the former budget airlines Mihin Lanka did not have a certificate of incorporation maintained in the files of the General Treasury’s Public Enterprise Department.

Since its inception in the year 2006 to its cessation in 2015, more than Rs. 14.5 billion was injected to Mihin Lanka, while no proof of its incorporation was maintained by the general treasury.

Further revelations were made at the commission, regarding a Rs. 300 million loan, obtained from the Shippers Development Fund of the Ministry of Ports and Aviation. While it was the first time such a loan was granted by the fund, it was revealed that the decision to use funds from the shipper’s development account was executed, following a meeting headed by the former president, the former secretary to the treasury Sumith Abeysinghe and many other senior officials of Mihin Air.

This loan incurred a total interest of Rs. 37 million which was later waived off upon the decision of former director general of the public enterprise department. However, no evidence is available indicating approval from the general treasury.

In September 2009, a Rs. 158 million loan was issued to Mihin Lanka to settle outstanding dues to LOLC and LOFC. However, these funds were instead used as security deposits for aircraft, forcing the Treasury to release an additional Rs. 158 million. Between 2006 and 2018, Sri Lankan Airlines incurred a total accumulated loss of Rs. 143 Billion. In addition, they currently have liabilities worth Rs. 167 Billion, amounting to a whopping Rs. 280 Billion.

Who is responsible for the downfall of Sri Lankan Airlines? Is it Nishantha Wickramasinghe, the brother-in-law of former President Mahinda Rajapaksa?

Or Is it Suren Ratwatte, the brother of the advisor to Prime Minister Ranil Wickremesinghe? 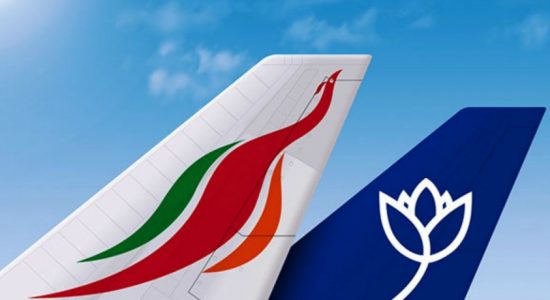 Suren Ratwatte to be questioned by Presidential Commission of Inquiry