EPF to return to secondary market in Govt. securities

EPF to return to secondary market in Govt. securities

Wijewardene spoke about the fate of Central Bank governors around the world. He revealed that in Latvia the Central Bank Governor was arrested for accepting a bribe, in Afghanistan, the Governor had to flee the country because of a bribe, the Governor of CB Malaysia had to step down because he was accused of working with the previous administration supporting a money laundering exercise. Wijeywardene believes that these are serious matters that hurt the reputation of the Central bank. He also briefly spoke about former Central Bank Governor, Arjuna Mahendran against whom an arrest warrant has been issued.

Delivering the introductory remarks Central Bank, Governor, Dr. Indrajit Coomaraswamy said that the Employees Provident Fund is set to enter the stock market. He added that the CBSL is working towards allowing the EPF to return to the secondary market in govt securities.

The EPF managed by the Central Bank moved out of the secondary market following the controversial bond scams in 2015 and 2016. Dealers of the EPF were found to be colluding with primary dealer Perpetual Treasuries that was engaged in pump and dump scams.

Dr. Coomaraswamy revealed that there are six forensic audits into areas under the purview of the CBSL including the 2015 controversial Bond transactions. 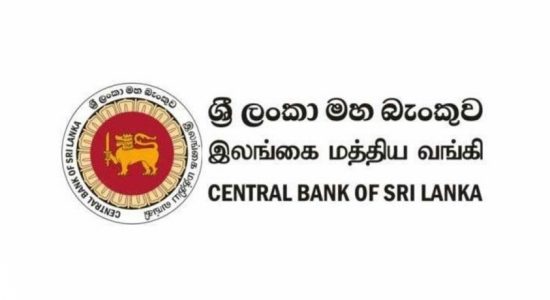