Colombo (News 1st) – It has been three years since the current administration of so-called Good Governance came into being. However, there are many who question whether those who came to power championing the causes of Good Governance and vowing to fight against corruption have managed to accomplish at least a fraction of what they promised the general public.

January 8th, 2015 marked a turning point in the course of the country’s political history. A president that had been in power for a decade was rejected by the public at large, they instead placed their faith in the hands of the common candidate Maithripala Sirisena. Immediately after the election, the 100 day Government was born. Weeks after this on the 27th of February 2015, the worst financial crime in independent Sri Lanka’s history took place.

The Governor of the Central Bank steered a Bond Auction to favour his son-in-law and the immediate loss suffered by the state was over Rs. 700 mn. A proper calculation has not been made as yet to determine the exact loss to the people of the country when these bonds mature in 30 years. Rather than bringing those accountable, to book the Prime Minister and those responsible took measures to protect those involved in the scam, paving the way for a second much larger scam to take place on the 29th and 31st of March 2016.

The immediate loss from the second bond scam was over Rs. 700 mn and the people of this country will have to bear the cost for many decades to come. While the masterminds of this scam are roaming free, the then Governor of the Central Bank Arjuna Mahedran remains missing. Not only did they conceal Mahendran, they even had the audacity to implement the Sri Lanka Singapore Free Trade Agreement that Mahendran intervened to bring about.

The group that claimed they will convert the loss-making national carrier SriLankan Airlines into a profit-making venture made it an enterprise that has incurred a loss of more than Rs. 28 bn and it is the people who have had to bear the burden of these actions. This is the progress that the good governance government achieved by appointing Suren Ratwatte as the CEO of the Company.
Suren Ratwatte is the brother of Charitha Ratwatte, a friend, and an advisor to the Prime Minister.

They have now appointed Ranjith Fernando who has no experience in controlling an Airline as the Chairman of the company and the only qualification he posses to run the Airline is that he is the Prime Ministers Friend.

A project was launched to provide Tab Computers to school students and the tender process itself was marred with many irregularities. It was the intervention made by the President that put to a stop to that attempt.

Another education-related project that drew the ire of many was the Education Ministry’s push to provide free healthcare insurance for students. However, there were many who questioned why the Ministry of Education would begin such a project due to the shady deals involved in the insurance scheme and the presence of a fully functional and internationally renowned free health service.

Billions were spent on the importation of dairy heifers for the farming community. But due to actions which were taken by certain officials and due to the manner in which they were distributed, many of the heifers perished. Yet surprisingly the Government has placed an order and provided an advance payment for 15,000 heifers. It is a mystery as to how the Wife of the Prime Minister’s Secretary issued the order to make the advance payment.

Eager to put their own stamp on the infrastructure game, the current administration chose the Central Expressway as their crowning jewel. As political pressure grew and with elections approaching on the horizon, the government took steps to expedite the work on the project. However in their haste, they forgot that they did not have the required funds, so they took out a commercial loan from a Japanese bank at a high-interest premium and with plenty of other charges to boot. They skipped the procurement guidelines of the country and awarded the contract for Phase 3 of the project to a Japanese firm.

Phase 2 meanwhile was awarded to loan firms while the loans were issued from State Banks. Incidentally one of the State Banks that provided loans for the construction of the expressway also issued a multi-billion rupee loan to one of the firms contracted to work on Phase 2.

Though it was said that the power plants are to be constructed giving priority to renewable energy, during the past three years they have failed to construct a single large-scale power plant. The administration seems to have forgotten their commitment to greener energy because they have renewed agreements to purchase power from private power plants and even messed up the construction process of a 300 MW plant in Kerawalapitiya.

What was done when they said an assembly plant of a leading car manufacturer – Volkswagen will be initiated in Kuliyapitiya? They provided a factory for a local enterprise.

Members of this administration made serious allegations against certain people for maintaining fat bank accounts in Dubai during the Rajapaksa administration. Ironically after coming into power, it was the same people who sold enterprises to these individuals and even granted tax concessions for them in order to construct factories.

At a time when the President of the Country is taking decisions for the betterment of the country, what in fact is happening? It is a flaw on the part of the people for allowing a person who only commanded a minority in Parliament to be made Prime Minister, just after coming into power stating there will be an end to corruption.

Once appointed as Prime Minister with no mandate from the people, attempts were made to curtail the powers of the executive president of this country. They promised to put an end to theft and corruption, however, under their watch corruption and theft festered. When the pressure was on following the revelations, Prime Minister Ranil Wickremesinghe resorted to making various promises to the party. Once when his leadership was challenged, he appointed a leadership council and appointed Karu Jayasuriya as the leader of the council.

When the challenges mounted, he pledged to appoint Ravi Karunanayake and Sarath Fonseka to the board of Vice Chairman, but eventually, he appointed his close associate Akila Viraj Kariyawasam as the General Secretary of the Party. Such leaders who govern the party and the government with friends and associates were rejected by the people not once or twice but on almost 30 occasions.

Usual attempts are being made to suppress the rising leadership. Wimal Weerawansa was used to criticize Sajith Premadasa in Parliament, Sarath Fonseka is being criticized while the political future of Ravi Karunanaayke was also destroyed.

The people’s have placed their faith in people like Maithripala Sirisena, Sajith Premadasa, Navin Dissanayake, Gotabaya Rajapaksa, Harin Fernando and Anura Kumara Dissanayake who are all suited to national leaders and future presidents. But what is happening now is that even when rejected by the people repeatedly, one person is clinging on to power by repeatedly lying to the people.

You can’t fool the people, they know that those who were in power and those who are in power, are on the same side and when all is said and done they are the people who stand to lose. 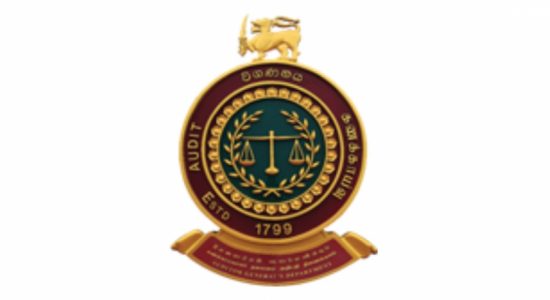 Debate on the National Audit bill begins in parliament

Pres on the need to abolish 18th & 19th amendments

No Japanese donations for Central Expressway