Reuters – U.S. President Donald Trump tweeted on Friday (August 3): “Lebron James was just interviewed by the dumbest man on television, Don Lemon. He made Lebron look smart, which isn’t easy to do. I like Mike!”

Trump was criticizing CNN cable television host Don Lemon and his interview with basketball star LeBron James. The tweet was in response to an interview with James on CNN after the NBA star opened a new elementary school for at-risk children in his home state of Ohio.

James has been very vocal about Trump and has previously said that Trump has emboldened racists in the United States and urged the country not to allow itself to be divided along racial lines.

In August James, the four-time winner of the National Basketball Association’s most valuable player award slammed Trump for saying there were “some very fine people on both sides” of protests spearheaded by white nationalists in Charlottesville, Virginia, which left one counterprotester dead.

In September, James called Trump a “bum” on Twitter after the president withdrew a White House invitation to Warriors guard Stephen Curry, who had said he did not want to meet with Trump to celebrate the Warriors NBA 2016-2017 championship. 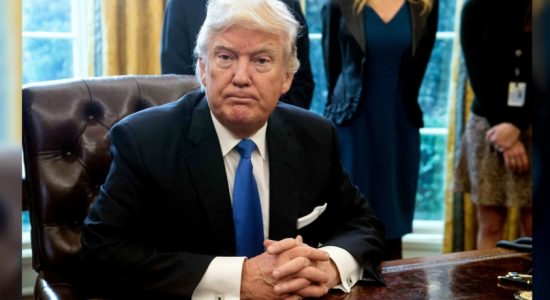