COLOMBO (News 1st) – The maiden waters of the Moragahakanda-Kalu Ganga Irrigation Development Project were ceremoniously released this morning under the patronage of President Maithripala Sirisena. The ceremony began after unveiling a replica of a 27-foot tall Awukana Buddha Statue, constructed close to the Moragahakanda Reservoir, which has been renamed as the “Kulasinghe Reservoir” in memory of late Dr. A.N.S Kulasinghe.

Kalu Ganga Reservoir has been designed by blocking the Kalu Ganga, which begins from Kalupahana of the Knuckles Mountain Range, from the Laggala – Pallegama area. The 14.5 square kilometre-long reservoir has a capacity of 248 million cubic meters. Moragahakanda is the 5th of five reservoirs proposed to be constructed under the Mahaweli Development Programme.

The Moragahakanda Kalu Ganga Project will supply water for drinking and agricultural purposes for the districts of;

While the project will supply enough water to cover 95,000 hectares of land during both cultivating seasons, it will supply direct irrigation water to over 150,000 families. As water could be supplied to 9000 hectares of farmlands in the Medirigiriya area during both the Yala and Maha seasons, 12,500 acres of the lower basin of the Kalu Ganga and Bisopura will be developed as an agrarian zone.

President Sirisena also inspected the 96km long tunnel which connects the Moragahakanda and Kalu Ganga reservoirs. This is considered the longest tunnel in all of South Asia.

Water which is collected in the Kalu Ganga reservoir through this cannal, will carry 35 cubic meters of water per second to the Moragahakanda Reservoir. The tunnel is being built at a cost of Rs. 67 billion, and is expected to be completed within 36 months. 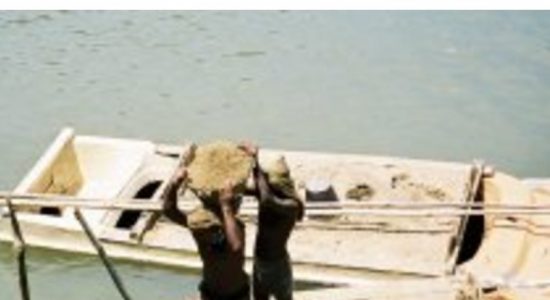 316,183 in distress due to prevailing drought