Heroin worth over Rs.1.2bn nabbed in Colombo

Heroin worth over Rs.1.2bn nabbed in Colombo

The Police arrested two suspects and seized a stock of heroin worth 1248 million rupees in a raid that was carried out in the Kalubovila and Battaramulla areas last night. (July 8) This is reportedly the largest stock of heroin seized by the Police Narcotics Bureau on land.

It was when the police narcotics bureau had inspected an SUV around 8 pm last evening in the Kalubovila Prathibimbarama Mawatha that two suspects had been arrested along with 30 packets of heroin. Upon further interrogation, the suspects had revealed details of a house in Subuthipura in Battaramulla where they managed to discover 66 packets of heroin. However, the total weight of the heroin stood at 103 Kilograms and 948 grams.

The Police Media Spokesperson also continued saying, that there is a person serving the death sentence at the Welikada Prison named Dharmaraja Susendran also known as Susei that was arrested on the 13th of February 2013 with a total of  2 kg and 250 grams of heroin and the suspect that was arrested yesterday, Mohommed Mahir has had constant connections over the phone.

He also added, that the Heroin that was seized yesterday had been brought into the country and that it had all been planned by the Susei who is currently serving a death sentence at the Welikada Prison. To a question asked by a journalist as to how Susei could speak over the phone when in prison, the Spokesperson stated that the question should be raised with officials of the prisons department.

“We have to find mechanisms to control this. We have informed the prison officials and we are holding discussions” continued SP Ruwan Gunasekara.

COLOMBO (News 1st) – The Police Narcotics Bureau has arrested 2 suspects along with a stock of heroin worth over 1.2 billion rupees.

The suspects were arrested during raids carried out in Kalubowila and Battaramulla.

A house in the Suboothipura area in Battaramulla was initially raided, interrogation of the suspects led the police officers to another location where 60 parcels of Heroin was discovered.

A total of 103 kilograms and 948 grams of heroin was seized during the raid. 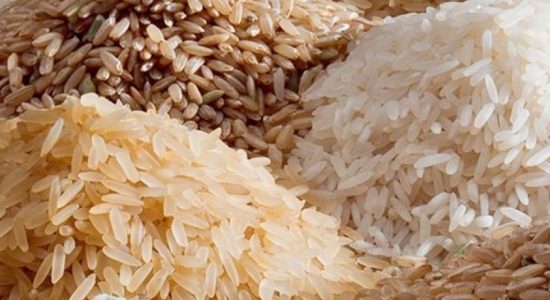