COLOMBO (News 1st) – The Lakvijaya Coal Power Plant also known as the Norochcholai Power Plant is Sri Lanka’s first and thus far only coal power plant. However, plans are now in place to add several more coal power plants to the national grid. Despite claims of clean coal technology, the scientific consensus is that coal is among the dirtiest of the fossil fuels.

In this context, what impact will more coal power plants have on the delicate environmental balance of Sri Lanka?

A 2014 study found that fossil fuels were responsible for 91% of global carbon emissions or nearly 9.8 gigatonnes, with coal making up 42% of that figure. Coal is considered among the dirtiest energy sources with extremely harmful impacts on the environment from mining to transport and combustion. The ash that is generated from burning coal is among the worst environmental contaminants.

Over the past years, News 1st has consistently highlighted the plight of the environment and communities living in areas surrounding Norochcholai, as a result of the fly ash that is emitted from the plant. Speaking of the matter, Marine Biologist Prasanna Weerakkody said coal power plants directly contribute to the occurrence of acid rain.

Another often overlooked impact of coal use is the creation of radioactive particles. Many experts opine that coal ash is more radioactive than even nuclear waste. Asthma and lung cancer are just some of the diseases caused by inhaling coal ash. Due to such issues, China and Australia have initiated their programmes to move completely away from coal-generated electricity.

In addition, the UK has committed to a programme that will phase coal out of all electricity generation by 2025. The US has also taken measures to shut down a coal power plant with a capacity of 4677 MW.

When most countries are condemning coal power plants, how many more will Sri Lanka build? 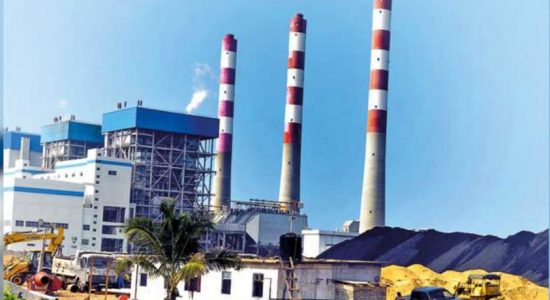