COLOMBO (News 1st) – Former State Minister Dr. Sudarshini Fernandopulle alleges that the SLFPers who skipped the vote of No Confidence (NCM) moved by the Joint Opposition, had brazenly violated a collective party decision to oust Prime Minister Ranil Wickremesinghe. Speaking to The Island Newspaper, she stated that those who had defied the party decision remained as ministers while the 16 MPs who acted based on this collective decision lost their ministerial positions.

The Gampaha District MP said the parliamentary group that had met President Maithripala Sirisena on the 11th of February at his official residence, unanimously agreed to seek PM Wickremesinghe’s removal. Further, Dr. Fernandopulle said that this decision was confirmed on the 4th of April several hours before the vote on the NCM, at a meeting chaired by SLFP Deputy Chairman Min. Nimal Siripala De Silva, at the residence of UPFA General Secretary Mahinda Amaraweera.

Dr. Fernandopulle has also stated that the UNP had refused to accept the unprecedented crisis caused by the Treasury bond scam. Adding that the government’s credibility had been damaged beyond repair adding the situation would continue to deteriorate. 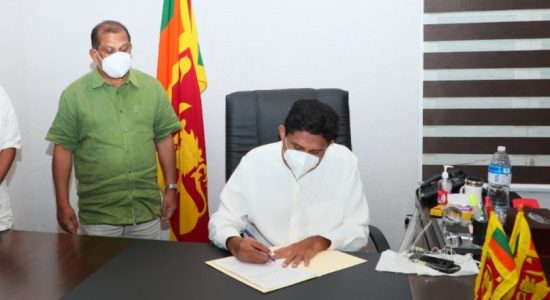