Five people were killed when a helicopter crashed into the East River of New York City on yesterday (March 11) evening.

Divers worked desperately to pull the five passengers from the helicopter but two of them died at the scene while the other three died in hospital.

The pilot managed to free himself and was rescued by a passing tugboat.

The helicopter, which had been chartered for a photo shoot, crashed near Roosevelt Island.

Police commissioner James O’Neill told reporters it had been privately leased by a group of photographers.

Video posted on social media showed a red helicopter appearing to make a semi-controlled descent at around 19:00 local time (23:00 GMT) before landing with some force in the water.

It then began to tip over, its rotors still spinning and slicing into the water. 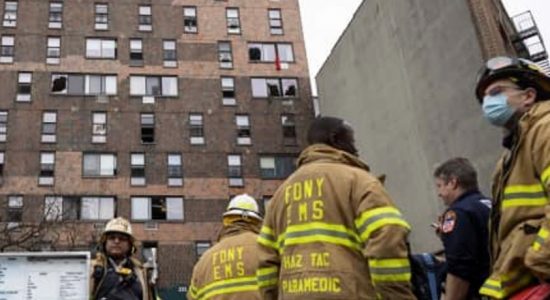