Twenty nine persons deported from Australia to be presented before court

Twenty nine persons deported from Australia to be presented before court

According to the police, they are to be produced before the Minuwangoda Magistrate Court today, December 15.

The 29 Sri Lankans, including two underage boys, who deported from Australia arrived in Sri Lanka on a special flight. Those who came to the airport were sent to the CID for further investigations.

Subsequently, they were transferred to the Minuwangoda Magistrate’s Court yesterday (Dec 14) and the magistrate ordered that they be remanded until today. 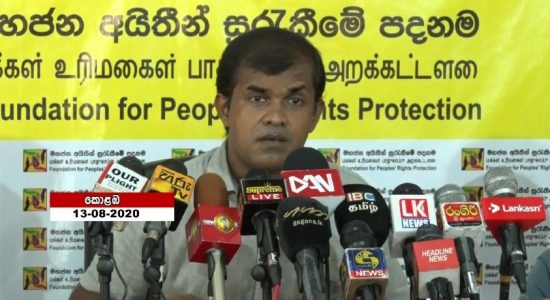