STF exchange gunfire with a group in Negombo (video)

STF exchange gunfire with a group in Negombo (video)

Police Special Task Force personnel exchanged fire with a group of suspects on the evening of  Saturday, August 12,. The incident took place in the Kurana Junction, Negombo.

The STF unit searched two vans at the junction following a tip-off that the group was in preparation to commit a crime.

During the search one suspect had opened fire at the unit from inside the van, said police.

Police say that two T-56 assault rifles and a pistol were taken into custody in the incident.The Police has launched further investigations into the incident. 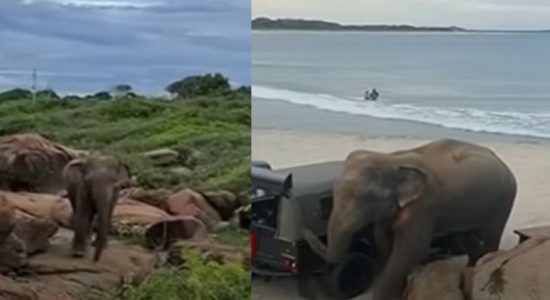