The Presidential Commission of Inquiry on July 28, issued a number of instructions to Perpetual Capital Holdings, Perpetual Treasuries Limited and Arjun Aloysius today.

The Commission instructed the lawyer appearing for Perpetual Treasuries Limited to submit all required documents including a list of the Shareholders, Directors and purchases on or before August 02.

Counsel was instructed to furnish all details of companies that are subsidiaries which are controlled and owned by Perpetual Capital Holdings and Free Lanka Trading Co Ltd.

The details include directors, shareholders and balance sheets for the years 2013 and 2014.

The Commission said that it is aware that Walt & Row Associates (pvt) Ltd is owned by Perpetual Capital Holdoings and is a subsidiary of W. M. Mendis & Company Limited.

The Commission expressed that it is is keen to know where the money generated in the secondary market by PTL ended up at.

It also wished to  know how the purchases and investments in relation to W. M. Mendis & Company Limited, ‘Integrated Media Network’, Voice of Asia Networks (Pvt) Ltd, a newspaper called Janayugaya were made after January 1,2015.

The Attorneys are requested to furnish the details on or before August 02.

The Attorney for former Governor Arjuna Mahendran informed that his client handed over his communication devices to the investigators on Wednesday.

He made an application for representation when the devices are being examined by the detectives.

The Attorney General’s Department opposed this application claiming that the devices have been sealed and will be handed over to an expert who will carry out the digital forensic examination and will be returned to the Commission thereafter.

Mahendran’s counsel requested for representation to be made when the extraction of data takes places.

The AG’s Department opposed this application citing that the no other party can be present for the extraction. and the expert does not wish to disclose the tools, systems and mechanism used for the process.

The AG’s Department will make available a PDF document of the information recovered as it also focuses on recovering the deleted date.

Arjun Aloysius has not complied with the detectives when they had asked for the password for his Apple account which he used on his Apple 07 mobile phone.

Aloysius had first said he does not use an account, but investigations revealed that he does so.

Yet, he had refused to give password and a request was made from the Commission to issue an order on Arjun Aloysius to provide the password to the Apple account.

President’s Counsel Kalinga Indatissa said that evidence recorded following the extension of the tenure of the Commission in April cannot be termed legal as the extension was gazetted.

The AG’s Department responded that gazetting the extension is not a mandatory requirement as the Head of State had signed the letter extending the tenure of the Presidential Commission.

Today’s witness B. Sinniah, the Chief Financial Officer of Global Transportation Logistics (pvt) Ltd testified that the apartment at Monarch Residency was purchased on the instruction of company Directors – the wife and daughter of Minister Ravi Karunanayake.

The Board of Directors of Global Transportation Logistics (pvt) Ltd include the wife and daughter of Minister Karunanayake, V. Lakshmi Kantha and Lakshmi Shankar.

The company is 70% owned by OSM Holdings and 30% is owned by Hampton Group Development.

Incidentally, he was instructed by the board to purchase the apartment for the Chairman and his son to stay when they visit Sri Lanka or to house any foreign visitors.

He said that he negotiated with Seylan Bank to obtain a loan of Rs. 72 million and an additional Rs. 78 million on the mortgage of the company property in Seeduwa.

The agreement with the bank was that the installments of Rs. 11 million will be repayed directly to the bank using the rental income of the apartment.

However, according to his testimony the Rs. 16.5 million payment for the apartment was made using the liquid cash of the Chairman placed in the company safe.

He testified that Lakshmikanthan brought Rs. 70 million cash in February 2015 and placed in the company safe, and in 2017 he brought another Rs. 75 million.

B. Sinniah said that this could have been a possible attempt of money-laundering.

The witness testified that these placements were not recorded in any of the company books.

He added that the company did not have funds to make the apartment purchase and the first eight loan installments were repayed with the money available in the safe.

According to the AG’s Department the safe at Global Transportation Logistics (pvt) Ltd is like a Perpetual Treasure Box.

The witness said he does not know the source of origin of the money used to pay the loan for the apartment in which the Karunanayake family continues to stay. 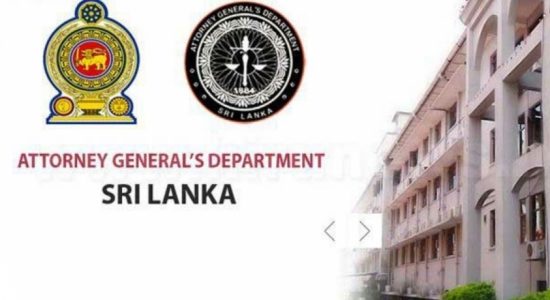 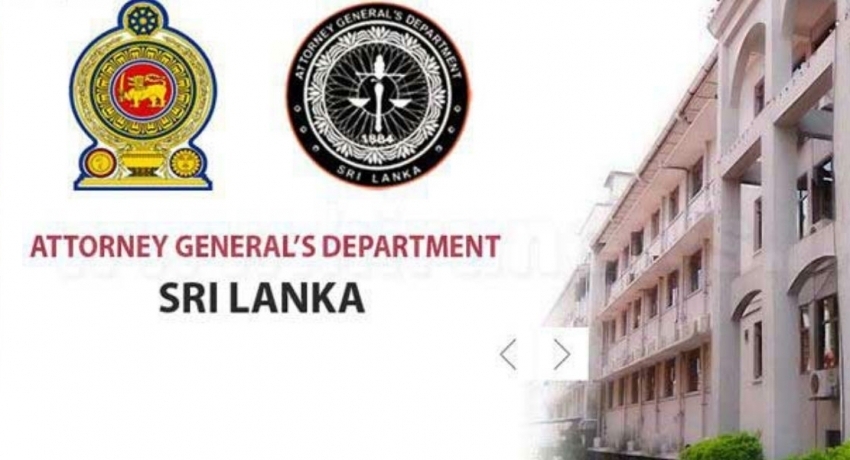