If the government needs an urgent cash requirement, an official request must be made to the Treasury. This stance was revealed today, at the Presidential Commission of Inquiry investigating into the treasury bond issue.

The Deputy Secretary of the Treasury S. R. Attygalle submitted his evidence via an affidavit.

He said the Secretary or the Minister of Finance did not inform the Treasury of any urgent government cash requirement for the month of February 2015.

The requirement of Rs. 75 billion, as mentioned in a letter bearing the signature of then Finance Minister Ravi Karunanayake, was not indicated to the Treasury.

It must be noted that this letter produced earlier by Arjuna Mahendran’s lawyers, was challenged by the state for not indicating a date, or to whom it is addressed.

Attygalle said if there is an urgent cash requirement, that would be indicated in the respective monthly cash flow requirement.

The witness stated that urgent requirements of smaller amounts would be addressed using the O/D facility with Bank of Ceylon or People’s Bank or via the issue of Treasury Bills.

He went on to say that the requirement of such a magnitude would have to be raised via Treasury Bonds or Sri Lanka Development Bonds.In the event of an urgent need of Rs. 75 billion, the Ministry of Finance must make an official request from the Treasury and thereafter, the Treasury would communicate it to the Central Bank.

For February 2015, the debt service or the amount of money required to make payments was Rs. 33.64 billion.

The Public Debt Department had borrowed a total of Rs. 60.91 billion of which Rs. 28.38 billion was used to retire Treasury Bills.

It came to light that the balance for the month of February was Rs. 8.28 billion.The witness said, therefore there was no shortfall in the cash flow requirement.

Meantime, the Commission was adjourned until tomorrow morning, as Arjuna Mahendran’s lawyers wanted more time to go through the documents. 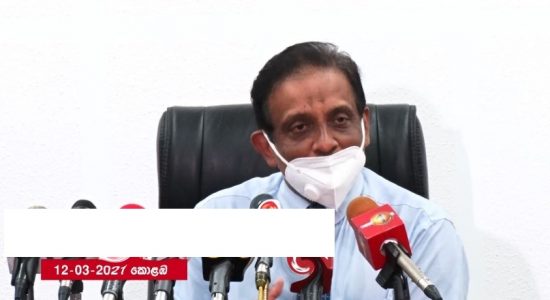