President Maithripala Sirisena announced today that the Maha Sanga would be informed if an initial draft on a new constitution is formulated.

The President made this statement when he met the Mahanayake Theros in Kandy today.

The President met with the Chief Prelates of the three sects at the presidential palace in Kandy. During the event the Mahanayake Theros handed over a joint letter.

President Sirisena assured the Theros that the view of the Maha Sangha would be sought when drafting a new constitution. He also pointed out that a final draft has not been prepared even though there is a debate among the public in this regard.

The discussion between the President and the Mahanayake Theros had focussed on a number of issues including seven issues, such as the state of politics and the economy, mentioned in the joint letter by the Maha Sangha. 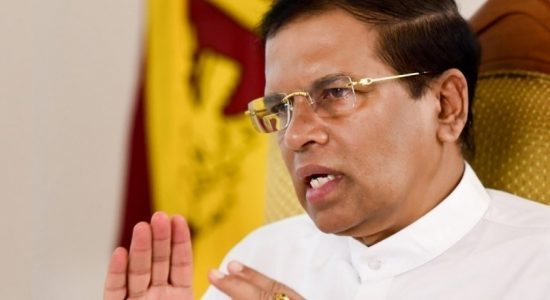