Close to thirty-five cases investigated by the Police Financial Crimes Investigation Division are languishing with no further action being taken, as police await the instructions of the Attorney General.

Some of the investigation files had been referred to the Attorney General’s Department, two years ago.

Notably, a majority of the cases awaiting the instructions of the Attorney General are cases relating to the Rajapaksa family.

Among these are a complaint against former President Mahinda Rajapaksa regarding the purchase of the Marriott Hotel in Dubai.

Another case awaiting the instructions of the Attorney General pertains to allegations against businessman Nishantha Lokuvithana and his relationship with former President Mahinda Rajapaksa in deals ranging between Rs. 48 million and Rs. 190 million.

The FCID has completed investigations into charges against former Minister Basil Rajapaksa over financial fraud that reportedly occurred through the “Yali Pubudamu” programme.

The list includes a case filed against Basil Rajapaksa and Thirukumar Nadesan at the Pugoda Magistrate’s Court in relation to several economic development projects.

Furthermore, investigations have been completed into allegations that Basil Rajapaksa’s wife Pushpa Rajapaksa had misappropriated a sum of Rs. 19.4 million. Monies suspected to have been received from the Ports Authority via the account of the Pushpa Rajapaksa Foundation.

The FCID have investigated a complaint against a group including former Defence Secretary Gotabhaya Rajapaksa, over a Rs. 600 million financial irregularity in the transaction of shares of Lanka Hospitals.

In addition, Gotabhaya Rajapaksa is accused of misappropriating a sum of Rs. 91 million including using state property for the D. A. Rajapaksa Museum.

The list of cases awaiting the instructions of the Attorney General include the file on the establishment of a Bank of Ceylon branch in Seychelles and the transfer of funds to companies in that country. This is currently being heard at the Fort Magistrate’s Court.

Instructions of the Attorney General have been delayed with regard to several charges against the former President’s Chief of Staff, Gamini Senarath.

The list includes cases pertaining to the forceful acquisition of the Zinc Lanka Hotel project, misleading the Cabinet of Ministers and failing to make monthly repayments and interest payments for 31 vehicles purchased through a leasing company.

Allegations have been levelled at Sajin de Vass Gunawardena in relation to this transaction.

Accepting that the Attorney General’s Department is in receipt of these files, Attorney General Jayantha Jayasuriya noted that the files are being examined, giving priority to serious allegations.

Keerthi Tennakoon (Adviser – Anti Corruption Front): [quote]“Files are piling up at the Attorney General’s Department. The government is indirectly using political influence to delay instructions being issued by the Attorney General. Charges are continuously being leveled at government ministers, public officials and department heads. In order to prevent these investigations from proceeding, they have cut off funding to the Anti Corruption Secretariat and are undermining investigations into corruption. The most important promise given to the people at the 8th January 2015 election, has become a fallacy”.[/quote]

Dr. Nalinda Jayatissa (JVP Parliamentarian): [quote]“There was a rumour recently that these files had been brought to the Prime Minister’s Office. Now the political interference has reached further and not only are they trying to shut down the Anti Corruption Secretariat, over the past several days we have also observed that they are attempting to blame officials at the Secretariat. The senior leadership of the government has cast away their mandate from the people and are working towards their political motives. We call on the government continuously to strengthen the mandate within and outside Parliament and take steps to empower these institutions and punish the corrupt”.[/quote]

State Minister Dilan Perera (Spokesperson – SLFP): [quote]“The Anti Corruption Committee was formed with members being drawn from various political parties. This in itself raised a problematic situation. When daylight bank robberies like the Central Bank bond scam occurred, the Anti Corruption Committee was lethargic in investigating it because it involved the UNP. There were allegations that it was a green anti corruption unit. So suspicions have arisen regarding this and the President will make a final decision”.[/quote] 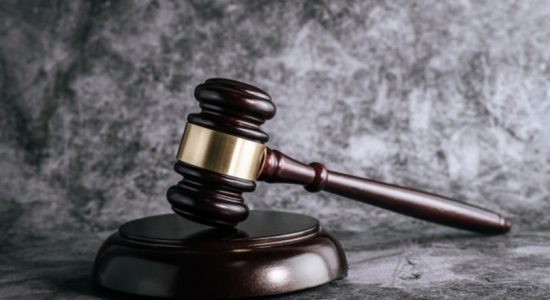