The May Day celebrations of the People’s Liberation Front or the JVP commenced from the S. De S. Jayasinghe ground in Dehiwala with a colourful parade.

The parade was flagged off by JVP Leader Anura Kumara Dissanayake and saw the participation of the JVP District Councils, Electorate Councils, Trade Unions and other affiliated organizations.

Representatives from Cuba, India and other countries were also present.

The parade moved to Zoo Road, Sri Saranankara Road and then arrived in Pamankada.

A large number of floats added colour to the Red Rally.

From Pamankada the parade moved to Highlevel Road and reached the BRC grounds. 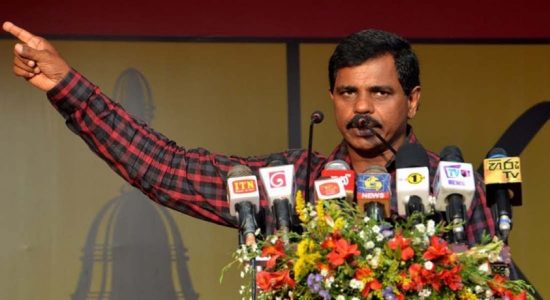 Sri Lanka brought to its knees by China

Sri Lanka brought to its knees by China