The handing over of the Hambantota Port to a Chinese company was debated in Parliament on Wednesday April 05.

UPFA MP Dullas Alahapperuma: “There were media reports that the initial draft for the sale to a Chinese company has been drafted and that it was approved by Cabinet. This was confirmed by the cabinet spokespersons as well. The public is baffled because a court case filed by MP Vasudeva is in the Supreme Court. Will the PM take steps to table the cabinet approved document in Parliament?”

PM Ranil Wickremesinghe: “There is no agreement to sell to a Chinese company. They gave full control of the port city land to China, it was given for 99 years and now all the banks are asking for this. I was able to remove the outright ownership clause. International maritime law dictates that this land is not part of the country, it is part of the Exclusive Economic Zone which we don’t own. You spoke about a court case, the plaintiff did not reveal to Court that he was a cabinet minister who agreed to these deals back when he was cabinet minister back then. He must be punished for not revealing all details to Court. You spoke about media reports, these are the same media institutions that wrote glowing pieces when land was given for the port city project. Which media institute said this was wrong?”

UPFA MP Dullas Alahapperuma: “You gave a 17 minute response but you did not answer my question. My question was – are you going to table this information in Parliament? The debt and interest that should be paid for the Hambantota port stands at Rs. 1.262 billion, over a period of 20 years. That’s less than USD 70 million a year”.

PM Ranil Wickremesinghe: “The question raised is as follows, was there an agreement drawn up to sell the port to a Chinese company? I said that there is no such agreement, this is a joint venture, we will be leasing it out, the framework agreement was signed and further discussions are underway. When we receive this money, we will be able to pay it off. We wont have to wait for 20 years. This will reduce our debt by a further 1.1 billion. He speaks as if this is the only debt we have. We have a total debt of USD 36 billion. We cannot pay this, I don’t know what the Attorney General said back then. Earlier it was the UDA that was going to sign this agreement, not the Ministry of Ports. Let’s appoint a committee to look into this”. 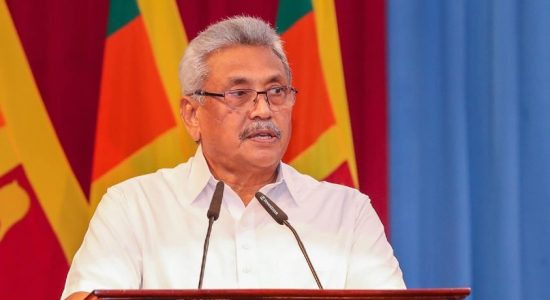