Google partners with leading companies around the world, but with newly-created company in Sri Lanka?

Google partners with leading companies around the world, but with newly-created company in Sri Lanka?

There are some stark differences in the manner in which tests are being conducted for Google Loon in countries around the world and Sri Lanka.

Scrutiny of the official website of Project Loon reveals that in the countries where Google is carrying out testing, it is being done in partnership with recognised telecommunications companies.

The website states that Project Loon has conducted connectivity tests with Vodafone in New Zealand. Vodafone has been able to provide connectivity to over 3.7 million people in the country.

Telefonica is the mobile operator which has partnered with Google to carry out the Project Loon tests in Brazil. Incidentally, Telefonica provides connectivity to 97.2 million subscribers in Brazil and in addition is a company with operations in over twenty-one countries.

Operations in Australia are being conducted in partnership with Telstra which has 17.4 million mobile subscribers and over 6.5 million fixed line clients.

In Indonesia, Project Loon has partnered with three mobile operators, Telkomsel provides connectivity to over 46% of the country, Indosat has over 68.5 million subscribers while XL Axiata has over 40 million Indonesians using their services.

While most countries around the world are carrying out testing for Google Loon with established telecommunication service providers, in Sri Lanka Project Loon has been linked with the Rama Corporation which was registered on June 26, 2016.

Interestingly, the Rama Corporation, which has only two Directors, including P. Sivagananathan, does not even own any shares in any state or privately-owned telecommunications service providers.

The Google Loon website further notes that they enter into agreements with mobile operator partners to use their licensed LTE spectrum. It notes that this will also ensure that there is no disruption to other services operating on similar frequencies.

Incidentally, through the Rama Corporation, a request has been made to release the frequency of 700 mHz for Google Loon testing.

The Convenor of the Voice Against Corruption Wasantha Samarasinghe, speaking about the Google Loon Project claimed that, while Google partners with leading companies in the countries around the world, in Sri Lanka Google partners with a company which was created just for this purpose.

“Their hidden agenda was to take control of the country’s spectrum, however this has been delayed to some extent”, he added, “The subject minister held a press conference recently and lied to the nation”.

Furthermore, he noted that public funds were spent to bring the balloon to Sri Lanka. 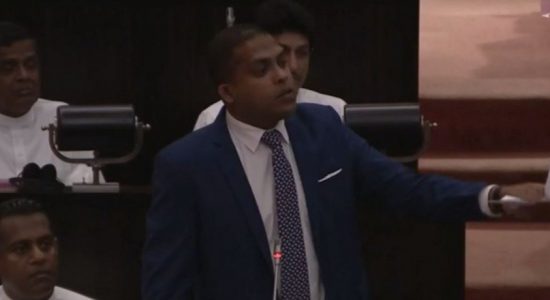 Google Loon Project: Doubts and unanswered questions continue to hover in the air