The Anti Corruption Front says that the procurement process was violated while appointing the current Chief Executive Officer of the ICTA.

They point out that the tenure of the CEO should not be extended at a time when information of a corrupt system has come to light.

According to the Chairman of the Anti Corruption Front,  the Rama Corporation has attempted to purchase frequencies for dirt cheap and is trying to create an unpredictable future and bring major losses to the country by disowning these frequencies which are resources of this country.

He pointed out that the plan they implemented through this Rama Corporation has not stopped yet and that is why they are trying to hide facts.

The Front called on the president to end the tenure of Muhunthan Canagey as “corrupt people like him should not hold such high-ranking positions in the country.”

Consultant for Anti Corruption Front, Keerthi Tennakoon pointed out that there are issues surrounding Muhunthan Canagey,  starting from his appointment, while ICTA has failed to reveal the exact value of the two-year contract.

Arrangements have been made to extend his tenure which is scheduled to end on March 2,  and high-ranking politicians are the ones who support him, according to Tennakoon

“We will not be able to stop these companies from selling these frequencies of the country if we continue to have Muhunthan Canagey in this position. If the president allows such persons to remain in these positions, disregarding the accusation levelled against him with regard to the Google Loon Project, then we can say that very soon under the name of good governance, Sri Lanka will become a country which has the highest telephone and internet charges ..” he said. 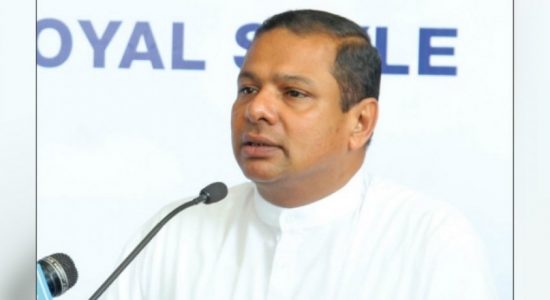