President Maithripala Sirisena says certain individual are attempting to deny the government its due respect, for restoring the GSP plus trade concession for Sri Lanka.

The President, expressing his views during a programme held to promote religious harmony at Siridhamma Vidyalaya in Labuduwa, Galle, said that following the announcement of of restoring the GSP+ concession, it was shocking that a newspaper reported that the European Union is providing the GSP concession to Sri Lanka on the condition of introducing a federal system in this country

He charged that the intent should be to guide the country positively and to report the truth to society when reporting news, and it is disappointing that media freedom is being “used”.

“I am disappointed that the media has become uncivilized to the extent that a newspaper will report on the front page, just after the GSP concession is restored, that it was conditional on the introduction of a federal system, in order to deny the government the due respect”,  he said

Deputy Minister of Power and Renewable Energy Ajith P. Perera expressing his views about the GSP Plus concession today stated that the former president Rajapaksa’s statement on the GSP+ concession was an example of political hypocrisy

“Former president Mahinda Rajapaksa had said that there was no problem after loosing the GSP concession – neither did we have any benefits when we had it. The fact that this statement was made by a person who held the position of Minister of Finance, is a clear example of political hypocrisy”, charged the Deputy Minister

Speaking to News1st today, Dr. Harsha de Silva, the Deputy Minister of Foreign Affairs, made clarifications regarding Sri Lanka regaining the GSP plus trade concession from the EU. 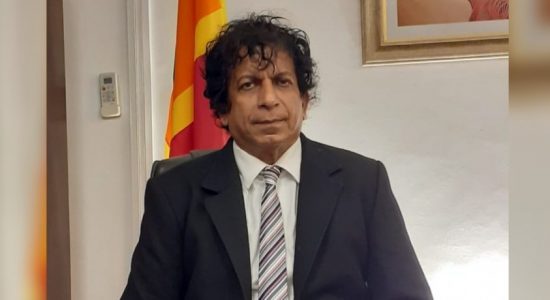