Cuba is mourning the death of its revolutionary leader Fidel Castro who was viewed as a man who stood up to America during the Cold War, and returned Cuba to the people.

Cuban students waving flags broke into a mass chant of “I am Fidel” to salute Fidel Castro as nine days of mourning began for the Cold War icon, who dominated the island’s political life for generations.

Alcohol sales were suspended, flags flew at half-staff and shows and concerts were cancelled after his younger brother and successor, President Raul Castro, told the country that Fidel had died, without giving a cause of death.

Giant rallies are planned in Havana’s Revolution Square and in the eastern city of Santiago to honour Castro, who died aged 90, six decades after the brothers set out from Mexico to overthrow the government of Fulgencio Batista.

Castro’s remains were cremated, and his ashes will be taken around Cuba until a state funeral on December 4.

Diplomatic officials said foreign dignitaries will arrive by Tuesday for a memorial service to be held in Revolution Square that evening.

There will be no top level games of baseball – Castro’s passion after politics – for the nine-day period of mourning, the sport’s national federation declared.

Born on August 13, 1926, Fidel Castro was one of the few world leaders who stood up to the United States, which had exploited the largest island in the Caribbean ever since it won independence from Spain in 1898.

Russian President Vladimir Putin described Castro as “a sincere and reliable friend of Russia,” while Mikhail Gorbachev, the former Soviet leader, praised him for standing up to US pressure.

Russia, which has retained its relations with Cuba since the fall of Soviet Union 1991, had perceived Castro as the world leader of third-world socialism throughout the Cold War.

Chinese President Xi Jinping said in a statement that “the Chinese people have lost a close comrade and a sincere friend”.

India was one of the first countries to recognise Cuba after the revolution in which leaders like Castro and Che Guevara joined hands to oust from power the then President, Fulgencio Batista.

Narendra Modi, India’s prime minister, said his nation is mourning the loss of a “great friend”.

In a message on Twitter, the President said “The iconic leader of an era of revolution bids farewell to the world. Rest in peace, Comrade Fidel Castro.”

The iconic leader of an era of revolution bids farewell to the world. Rest in peace, Comrade Fidel Castro.

Prime Minister Ranil Wickremesinghe too issued a message of condolence, in which he expressed appreciation for Castro’s support to Sri Lanka on the international stage, following the establishment of diplomatic ties in 1959.

He stated that the late Fidel Castro will go down as one of the greatest leaders of the hemisphere.

Opposition Leader R. Sampanthan said in a message of condolence that Castro’s service and commitment to the welfare of his people is immortal. 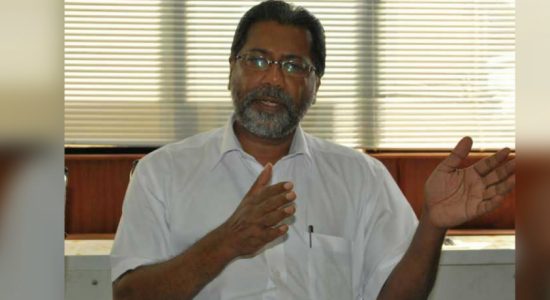