MP Anura Kumara Dissanayake, addressing an event on Tuesday evening, shared these views on fraud committed during the tenure of the previous administration.

MP Anura Kumara queried as to what Namal, Yoshitha and Shiranthi do in order to gather so much real estate and assets.

“Members of the UNP appear on various media channels and state that it is very difficult to uncover these assets as they have been hidden around the world in locations like Dubai and Seychelles”, he said, “They say the Dubai administration is refusing to divulge information even though they visited them on numerous occasions”.

Furthermore, he said they have presented reports and paperwork on the assets gathered by them through money defrauded from the public.

“But has justice been meted out, have punishments been handed down? Isn’t Ranil Wickremesinghe covering up these frauds?”, he asked.He went on to note that he also has to speak about Sagala Ratnayake. His house is being built these days in Deniyaya.

He also said that he will later reveal which company is building this house.

Furthermore, he went on to note that there are no doubts about the information of real estate that they have provided and that the deed numbers, bank account details, dates on which the deeds were registered as well as the prices that these lands were brought for, all these information are there.

“We know that they always brought these lands at an undervalued price. The total cost spent on lands in the earlier report I spoke about is 113 million, where did they get this sort of money? Aren’t these people corrupt? Keep in mind that they are corrupt”, he added. 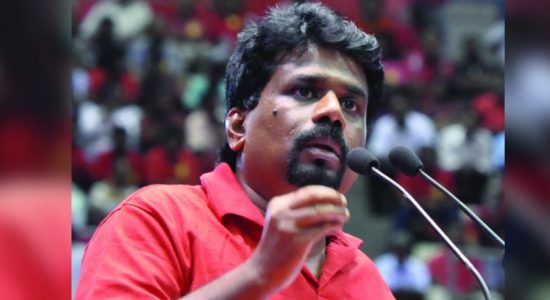 Global policies were always based on commissions

Equal law for everyone regardless of power