Sri Lanka to Formula One

Sri Lanka to Formula One

On November 19, 2014, Williams Racing announced the launch of a new Engineering Academy in partnership with Randstad, the second largest HR services provider in the world.

The Randstad Williams Engineering Academy will see Williams mentor up to 10 students each year in a long term extra-curricular programme that will help guide a new generation of engineers towards a successful career in Formula One.

On October   20, Randstad and Williams have announced the students selected to join the Randstad Williams Engineering Academy’s “Class of 2016” – the second intake of students to join this innovative scheme.

Nine students were selected from a pool of candidates competing in the 2016 F1 in Schools World Finals competition held in Austin, Texas

Among nine was one, Michael Chellappah. Why is this name important in this article ? Because He is the first ever Sri Lankan to be enrolled to the Randstad Williams Engineering Academy.

Following a series of emails to the Randstad Williams Engineering Academy, News 1st managed to contact Michael who under a very busy schedule took time to answer a few questions.

“I feel very privileged to be accepted by such an Academy, the excitement of being one of nine individuals brings with it a sense of joy but at the same time a sense of obligation.”, said Michael. He also added that both family, friends and teachers supported him in order to get to this stage and believes in the need to utilize this opportunity to its fullest such that their efforts are respected.

Speaking about the Randstad Williams Engineering Academy on an earlier occasion Pat Symonds, Chief Technical Officer at Williams, said; “Formula One is a human capital business and companies like Williams rely on attracting the very best talent to stay ahead of the game. Too often young engineering students lack information and guidance on how to secure a job in the sport and this new Academy will help break down these barriers.”

Michael Chellappah plans to go into the field of Aerospace Engineering, whilst being a part of the academy.

The 2016 F1 in Schools World Finals competition held in Austin, Texas  is something that Michael is never going to forget.

“ Competing at the Formula One in Schools World Finals meant that I was offered the chance to be a part of this academy. However, this meant that I would have to go through a selection process, first by application to the academy as a world finals participant, then through an assessment process held by the Randstad Williams Engineering Academy. I entered the academy after successfully going through both processes.”, Michael elaborated on the complex selection process very briefly.

Michael Chellappah is one who can be recognised to take the Sri Lanka Flag to higher places. While Living in Canada, he represents Sri Lanka with the aim of moving to be the best in Aerospace Engineering and Formula One. 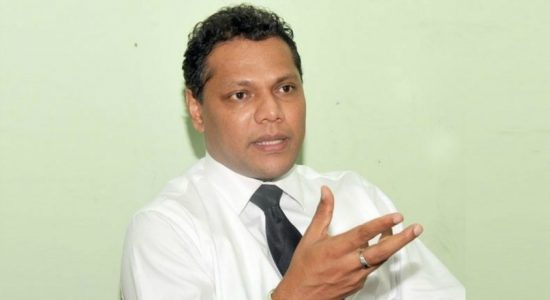 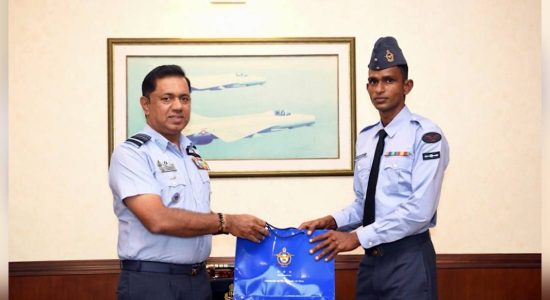