An event was held at the Bandaranaike Memorial in Horagolla on Monday, September 26, to mark the 57th death anniversary of S.W.R.D. Bandaranaike.

The ceremony to mark the death anniversary of the late leader, commenced under the auspices of former President Chandrika Banadaranaike Kumaratunga and her sister, Sunethra Bandaranaike.

A host of ministers and MPs were also in attendance. Wheel-chairs were presented to the disabled, in line with the event.

Meanwhile a Pirith chanting ceremony was held at the Sri Lanka Freedom Party Headquarters on Sunday night, in line with the 57th death anniversary of S.W.R.D. Bandaranaike.

A large number of politicians of the Sri Lanka Freedom Party attended this event.

The chanting of Pirith was held in line with the death anniversary and also in remembrance of the world’s first female Prime Minister, Sirimavo Bandaranaike.

Solomon West Ridgeway Dias Bandaranaike was born on the 8th of January 8, 1899.Frequently referred to as S.W.R.D. Bandaranaike, he was the fourth Prime Minister of Sri Lanka.

After receiving his secondary education at S. Thomas’ College, Mount Lavinia he went on to study modern greats at Christ Church, Oxford University, where he was Secretary of the famous Oxford Union.

S.W.R.D. Bandaranaike qualified as a Barrister in England and later embarked on his political career, with the intention of exerting pressure on the colonial rule.

Bandaranaike became prime minister after winning the 1956 elections in a landslide, as the head of a four-party coalition with a no-contest pact with the Lanka Sama Samaja Party and the Communist Party of Sri Lanka.

In his fourth year in office, he died on a day like today, in 1959, at the age of 60, due to wounds received after being shot. 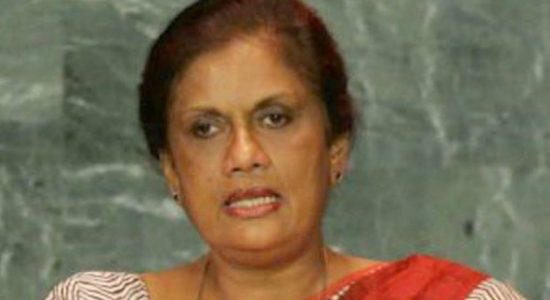