Colombo Additional Magistrate Nishantha Peiris ordered on Thursday that former minister Mahindananda Aluthgamage, who was arrested on charges of illegally earning wealth, be remanded until September 22.

The former minister was summoned to the Criminal Investigations Department to record a statement regarding the purchase of a house valued at Rs.27 million, located on Kynsey Road in Colombo 07.

After several hours of questioning the former minister was arrested by the CID and was produced before the Colombo Magistrates Court on charges of offences under the Prevention of Money Laundering Act and the Penal Code.

The CID informed court that the former minister was arrested for not being able to disclose information as to how the income was generated to purchase the said house.

Police further informed court that another ten million rupees had been earned illegally.

Police requested court not to grant bail to the suspect as he may influence witnesses.

Considering the submissions made, the Additional Magistrate ordered that the former Minister be placed in remand custody. He was taken to the Welikada prison where a number of privately owned vehicles attempted to enter the prison premises.

Former president Mahinda Rajapaksa also arrived at the Welikada Prison moments after the former minister was brought in. 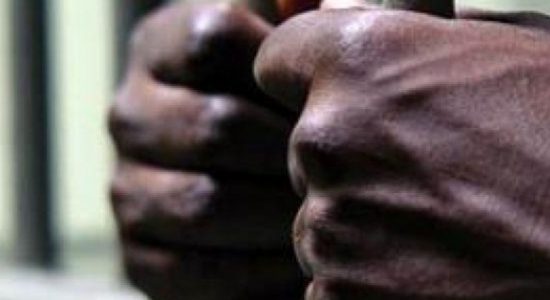