A protest was staged by a group of residents at the Ekala Junction on Sunday against a decision reached to dump garbage from Colombo in the area.

The protestors state that the dumping of garbage could result in many environmental issues.

The demonstrators held placards and chanted slogans calling on officials not to dump garbage in the area.

When News 1st contacted the Urban Commission of Colombo Municipal Council V.K Anura, he said that he could not comment on the matter as he is unaware of such a protest . 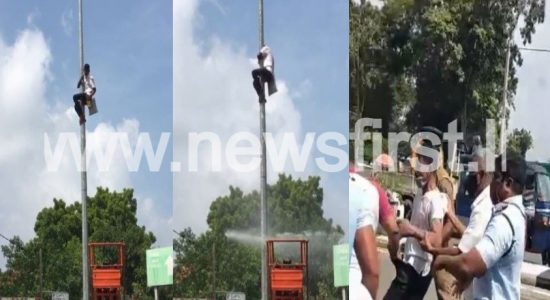