Min. Malik Samarawickrama questioned over agreement with US lobbying firm

Min. Malik Samarawickrama questioned over agreement with US lobbying firm

The Sunday Times newspaper today responded to a statement made by the Minister of Development Strategies and International Trade Malik Samarawickrama in parliament on August 24..

The Sunday Times had reported facts about the contract in an article published on August 21, 2016.

Minister of Development Strategies and International Trade Malik Samarawickrama made a speech in Parliament with regard to the the contract reached with a US lobbying firm Sandler, Travis and Rosenberg P.A.

On August 24,  Minister of Development Strategies and International Trade explained that this agreement with ST&R is purely made on an economic rationale to obtain expert assistance to the Ministry of Development Strategies and International Trade, to pursue the objective of maximising Sri Lanka’s access to the United States market, at a juncture the country needs enhanced opportunities for trade.

Providing a response, the newspaper notes that when the government keeps saying that the US, the West and the International Community have praised the new government and wants to do business with it, Minister Samarawickrama concedes that US lobby firms are still needed to maximise Sri Lanka’s access to US markets.

The newspaper raises the question as to whether there is some mis-match in what the government says and what it does?

The article also says that these were the same arguments put forward by the previous government to justify hiring US lobby firms, which is now the subject of a Presidential Commission of Inquiry for money-laundering.

The minister, in his his speech in parliament, also stated that this contract with the US firm ST&R has been entered into in a complete transparent manner and it is untrue to say that the Foreign Ministry is unaware of the engagement, as it has been presented to the cabinet of ministers and the decision approving the recommendations of the cabinet memorandum has been sent to relevant secretaries including the secretary, ministry of foreign affairs while the Attorney General’s approval has been obtained for the agreement before signing.–

In response, the newspaper notes that the minister’s own statement shows that the Foreign Ministry should have been aware of this agreement only because it has been approved by the cabinet and the decision been sent to the foreign secretary.

It adds that clearly, the Ministry of Foreign Affairs has been otherwise kept out of the loop and the agreement has been signed by his ministry secretary, and not the Foreign Secretary.

Furthermore, The Sunday Times questions why details of this contract were not announced, if the cabinet had in fact decided on this agreement on June  14. 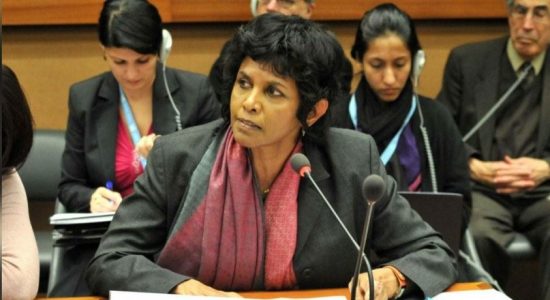