A simple helping hand can provide much-needed relief to hundreds of lives. Today, we, at News 1st understood this first-hand.

We were able to provide assistance to a group of villagers on Sunday, who have undergone untold hardships for nearly 15 years due to a dilapidated culvert.

The Idurugaswewa culvert ,which is used by nearly 2500 families has not be renovated for 15 years causing grave hardships to the villagers. The lives of the people which are intertwined with agriculture – face numerous difficulties when transporting their harvest to the markets.

News 1st, which understood the problems of residents, began renovating this culvert with the sponsorship by businessman Ajith Wijetunga.

The project, implemented under News 1st Gammadda 100-Day initiative, is the sixth project to be initiated in the Thanamalwila Divisional Secretariat Zone.

The locals humbly bowed their heads in respect to Sirasa, to express the immense happiness in their hearts, as their hopes have now materialised through the News 1st Gammedda 100-Day initiative.

Four projects commenced under the Gammedda 100-Day initiative have been completed and handed over to the public.

It took less than a month for these projects to be completed and handed over to the public, under the Gammedda 100 day initiative.

Renovating roads that have not been developed, providing clean drinking water to the public which is a basic human need, providing sanitary facilities and creating a knowledgeable generation through the creation of libraries – are few of the many projects underway across the country.

These projects will be completed soon under the Gammedda 100-Day initiative and vested in the public. 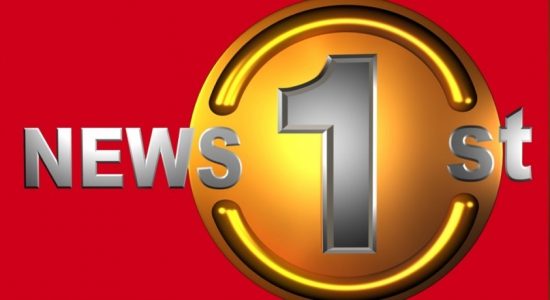