The driver of late Lasantha Wickremetunge, on Wednesday July 27,  identified the Army Intelligence Officer arrested over the homicide of journalist Wickremetunge as the individual who abducted him.

The suspect was identified when he was produced before the Mount Lavinia Magistrate’s Court.

The suspect was escorted to the Mount Lavinia Magistrate’s Court to be produced for an identification parade.

The driver of Wickrematunge was abducted days after the murder. The driver identified the Sergeant Major as his abductor. 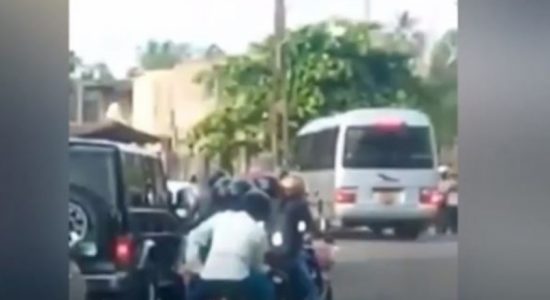