I fight for what is right, was appointed based on my talents – State Min. Senasinghe on COPE appointment

I fight for what is right, was appointed based on my talents – State Min. Senasinghe on COPE appointment

State Minister of International Trade, Sujeewa Senasinghe stated that he was not aware of his appointment to COPE and was later notified of the appointment.

“I was appointed by the party based on my talents. I fight for what is right. I won’t listen to the president, the prime minister nor the media institutions “, he said

However, Ashoka Abeysinghe, the Deputy Minister of Transport expressed a different opinion on Friday..

Deputy Minister of Transport,Ashoka Abeysinghe stated that State Minister Sujeewa Senasinghe told MP Velu Kumar that he wished to be a part of COPE and whether the MP could support him in this and that he asked the MP to step down from COPE so that he can be appointed, and the MP agreed. And that is how he was appointed to COPE.

“There are many who wish to be appointed to COPE. COPE discusses the monetary situation of the country. He wonders if he can enter COPE, but the appointments have been made”, said Deputy Minister Abeysinghe who further pointed out that  State Minister Senasinghe needed to get someone from COPE to agree to his plan and he approached MP Velu Kumar and the MP agreed to step-down. And when this was informed to the Party Leadership, the party leadership made the appointment. 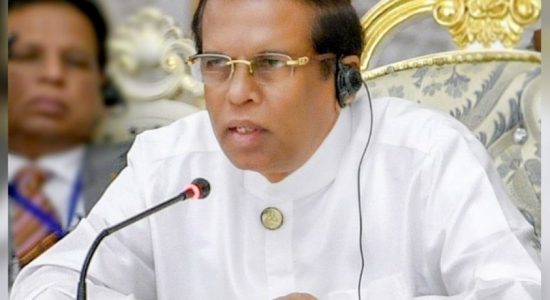