Colombo Additional Magistrate Aruni Atigala, advised MP Pavithra Wanniarachchi, on how one should behave with lawyers while in court.

The additional magistrate cautioned the MP when the case pertaining to an alleged fraud committed against her in the matter of the renting of a house, was taken up in court on Tuesday. The magistrate was made to advise MP Pavithra Wanniarachchi on how one should behave in court, as a result of the MP poking her lawyers during the hearing to give instructions.

He added that lawyers should be instructed prior to entering the court room and that such behaviour is not habitual in the court room.

Furthermore, the suspect accused of defrauding the MP of two million rupees when she rented a luxury residence in Battaramulla, has been ordered to pay Rs.200,000  within a week, and the balance Rs.1.8 million in January. 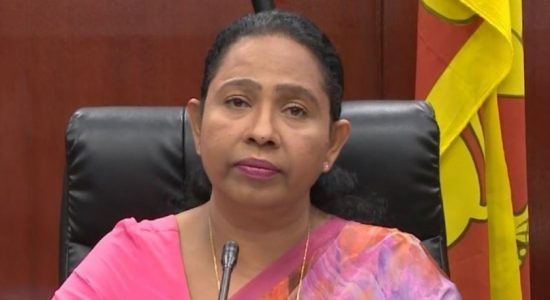