Update: President to take multiple political decisions on May 1

Update: President to take multiple political decisions on May 1

Speaking in Polonnaruwa, President Maithripala Sirisena said that several new political decisions will be made following the first of May, for the good of the people.

The opening ceremony of a drinking water project in Medirigirya was held under the auspices of the President. The project, constructed to fulfill the drinking water needs of people in Divulankadawala, Medirigirya, cost the National Water Supply and Drainage Board a sum of Rs.1.89 billion. The project will provide clean water for about 15,000 families in the area. Work on phase 2 of the Medirigirya Water Supply project, also commenced on Monday.

President Sirisena stated that certain forces who were defeated on January 8, 2015  are attempting to mislead the people by wearing various masks, as the governance has been greed, power, nepotism, corruption, fraud, theft, thuggery. At present the the situation has changed as there is no space for corruption, fraud, theft, wastage, and if such activities are discovered legal action will be taken regardless of their status, political party.

Explaining further, he stated that a new political programme will be implemented on May 1, as several new decisions will be taken for the good of the country. 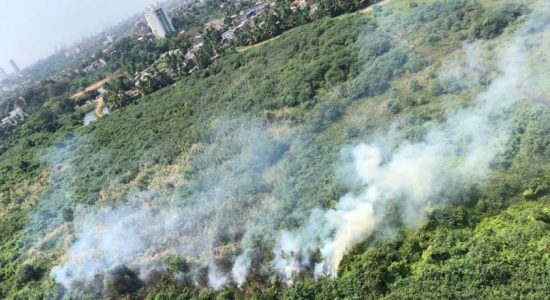