News 1st launched this initiative in a bid to reach out to the unheard and raise their concerns on the national platform. The initiative is supported by the University of Peradeniya.

The News 1st Gammedda Door to Door campaign visited the hidden and unseen villages in the Southern Province on Saturday. A bridge was the primary concern for those living in the Upper and Lower areas of Kurudana in Sooriyawewa, Hambantota. These villagers are compelled to cross the waterway using these tree trunks, as there is no other alternative.

The threat of wild elephants was the most serious issue faced by the people living in the Konketiara area. After shedding blood , sweat and tears and working day and night to nourish their cultivation, wild elephants destroy them all in one night. Several paddy fields were destroyed last night as well. The tree-tops provide refuge for these locals to save their lives and their cultivation.

Another group based in the Southern Province visited the Kapukinissa,Mihindugama,Weherapallassa and Migahajadura areas The dilapidated bridge leading to the Kapukinissa Village was one of  the main concerns of the villages.

When News 1st reached out the villagers in Meegahajadura whose lives have been gravely affected by the threat of wild elephants, the bleak fate of their cultivation was witnessed. Villagers lament that a dysfunctional electric fence has aggravated this issue.

The News 1st Gammedda Door to Door Campaign team based in the Northern Province visited Talaimannar on Saturday. The Divisional Secretariat of Mannar and the Rural Development Committee had organised an event to welcome the team. When visiting Pesalai, the team came across of group of persons displaced by the war. These people not only lack proper shelter but have also been deprived of proper infrastructure facilities. Although 50 families have bene given houses, their conditions are not what was expected.

The other team set sail in to the deep seas of Talaimannar to inquire into the plethora of issues faced by the local fishermen. Several hours later, the team reached Rama-Salan who presented their issues. Despite laws being presented to prevent Indian Fishermen from poaching in Lankan waters, illegal acts have deprived the local fishermen the opportunity to get a better catch.

The Diyabeduma Regional Hospital is the only hospital that is available for the people in the Diyabeduma village to obtain medication.As there is no proper road system that leads to the hospital, the villagers have to face numerous difficulties. Another team visited the Attanakadawala Yaya 12 and the Yaya 25 villages. Located in the jungles in the area. The team came across this house which has been built on black rocks. 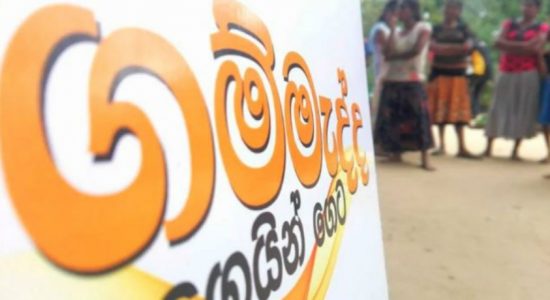