Min. Ranawaka says intimidation will have no effect when solving housing issues

Min. Ranawaka says intimidation will have no effect when solving housing issues

A housing scheme for public servants was inaugurated in Borella on Friday. Six hundred and sixty homes are being constructed near the Borella Oval Grounds for state employees. The project is spearheaded by the Ministry of Megapolis and Western Development.

Minister of Megapolis and Western Development, Patali Champika Ranawaka noted that priority will not be given when providing houses to persons who use the power of the underworld, and political power to seize state lands by force, as some also stepped out to the streets and stopped traffic

“Some attempted to be heroes before the media. That is fine and they have a right to do so”, charged the minster who added starting from January 1,  if anyone had seized state land, they will not be given priority when providing houses. And the government will not allow the underworld to influence and seize land through intimidation.

No structure for democratic decision making in Cabinet: Patali 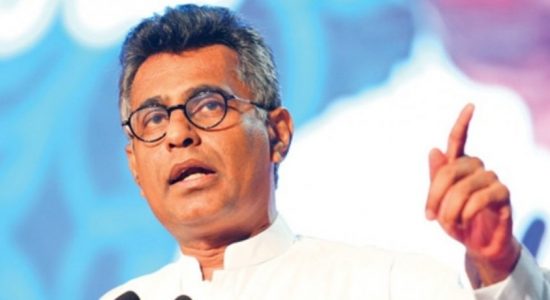