The All Ceylon Peasants’ Federation demonstrated opposite the Anuradhapura residence of the Minister of Agriculture. They demanded that fertiliser be sold at Rs. 350, and a certified price be introduced for paddy.

The demonstration took place with the participation of the Chairman of the All Ceylon Peasants Federation Namal Karunaratne, and his deputy, Prasanna The demonstrators marched towards the residence of Duminda Dissanayake , the Minister of Agriculture, and demonstrated opposite the house. Although a Secretary to the Minister arrived for a discussions, an agreement was not reached.

The minister  further noted that the farmers have no objection if they are able to purchase fertiliser at that rate, but the paddy farmers have been intimidated.

“This is not a matter that comes under the purview of my ministry”, he said and went on to add that the paddy marketing board has commenced purchasing paddy at present and this matter concerns minister Harrison.

The minster also stated that at Wednesday’s cabinet meeting it was approved to export 80,000 metric tonnes of rice as well as to issue the remainder to companies that produce poultry products. So, there is no point in accusing the Minister of Agriculture and the Government.

“We need to have a plan”, charged the minister who further stated that the Minister of Agriculture does not possess ‘Divine Inspiration to resolve this issue.

Minister Dissanayake went on to explain that a decision has to be made as to whether to remain with the previous list and take the issue forward: or a one-time registration for land,the type of crop and details of the farmer. 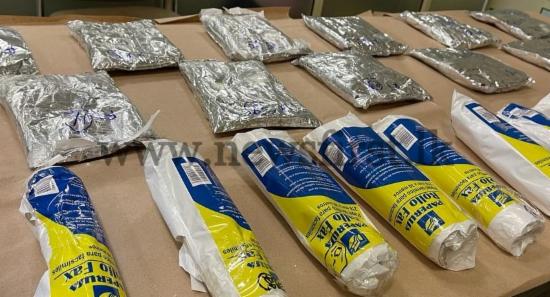