Kasun Jaythunga adjudged Volunteer of the Year at V Awards 2015

Kasun Jaythunga adjudged Volunteer of the Year at V Awards 2015

V Awards 2015, honouring volunteers in Sri Lanka who serve their nation in silence, was held at the Nelum Pokuna Mahinda Rajapaksa Theatre on Saturday evening, in the presence of a very distinguished gathering ranging from social workers to artistes and several others.

Kasun Jayathunga was awarded the Volunteer of the Year Award at the gala event. V Awards is a joint initiative of News 1st and the United Nations Volunteers.

The Capital Maharaja Organisation Limited Group Director, Chevaan Daniel stated that News 1st wants to go out into the rural areas of Sri Lanka, and give an opportunity to everyone, to prove that they are indeed world-class.

He added that this is what the V Awards is about, and that News 1st will also stand in between those leaders who prey on the anxieties of the down-trodden, and the disenfranchised.

“This is why the V awards is important to you,” he said and  added that it must be remembered that those who are recognised by the V Awards seek no vote – and certainly not public office – and they simply work because they have understood the fundamental element of human progress and that is that we all live for each other.

UNDP Resident Representative to Sri Lanka, Jorn Sorensen stated that many across Sri Lanka have shared stories because they want a humble individual to be recognised for the service and the inspiration; and volunteers and catalysts for change and key to finding sustainable solutions development challenges and to feel the pulse to understand the challenges of their community. And they initiate innovative and they worked tirelessly with others to make society better.

“Youth are often refereed to as future leaders. placing love, service and inspiration at the centre” he said.

Danesh Maduranga was adjudged the Youth Volunteer of the Year.Volunteering for Disaster Risk Reduction 2015 Award was presented to Anuradha Nilupul.

Kasun Jaythunga was adjudged the Volunteer of the year 2015.

” We remained silent for approximately one minute and you were not able to hear anything. I didn’t hear anything for 34 years, ten months, eight hours and twenty three minutes,” said Jayatunga. He added that there were many obstacles and a number of challenges, that were overcome through experience.

“I want to solve the problems faced by the deaf community and become a bridge for their method of communication,” he said. 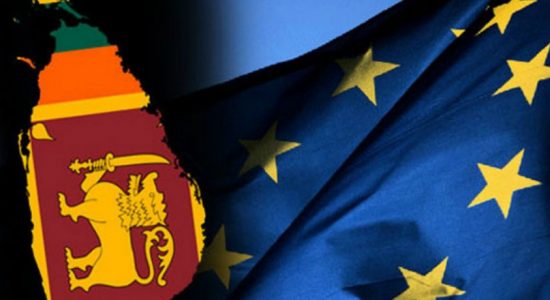