Bravery or foolery: Dr Karunaratne queries and opines on formation of new party

Bravery or foolery: Dr Karunaratne queries and opines on formation of new party

The Unity Through Power Devolution Movement convened a media briefing on Wednesday. Dr. Wickramabahu Karunaratne,  leader of the Nava Sama Samaja Party directed his commentary to the news of a new party being formed under the stewardship of Gotabhaya Rajapaksa.

He said he was unsure whether it was Rajapaksa’s “bravery or foolery ” and stated ” It is only by evicting the racists and religious extremists from the Sri Lanka Freedom Party, can a proper Constitutional Reforms Board be formed in Parliament.”

Azad Sally, leader of the National Unity Front was even more critical, stating that  former president Mahinda Rajapaksa ” does not have a backbone”  due to his not declaring his actions towards forming a new political party and leaving his brother and former Defence Secretary Gotabaya Rajapakse to make the announcement.

“It is those who committed thievery, corruption and made conspiracies in the last government, that are getting together with Mahinda Rajapaksa, in order to topple this Government of Good Governance.”

When asked questions by journalists regarding the parliamentary seat that was left vacant following the death of M.K.A.D.S. Gunawardene, and who should be appointed to it, Dr Wickramabahu said:

” It should be given to us” due to the fact that “it was the Unity Through Power Devolution Movement who travelled the length and breadth of this country in order to create a Democratic Revolution in this country.”

Azath Salley simply stated ” The appointment was not made the first time. I think an opportunity has arisen to correct that mistake.” 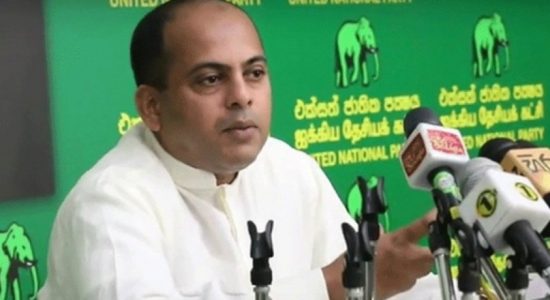 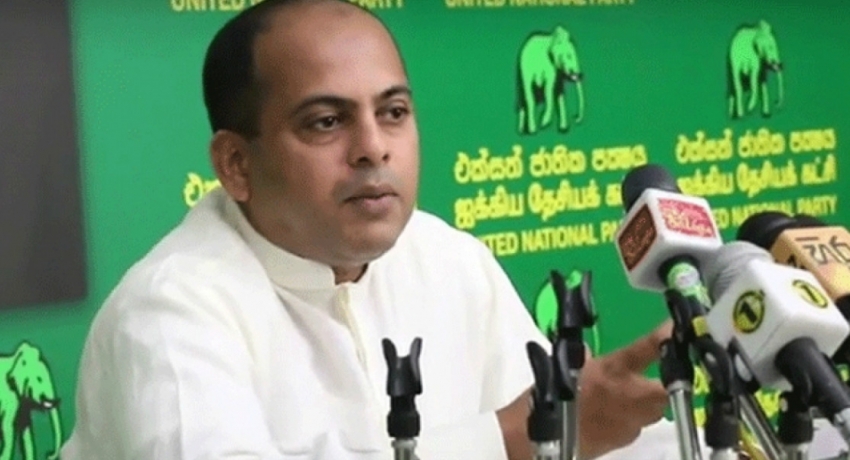 Our government will probe bond scam- Rohitha A