Police Media Unit said that the parliamentarian arrived at the Colombo Crimes Division to give a statement over a fake phone call that was made to the former commander of the Air Force using the MP’s name.

The Police Media Unit further stated that an individual had earlier been arrested over the fake call. 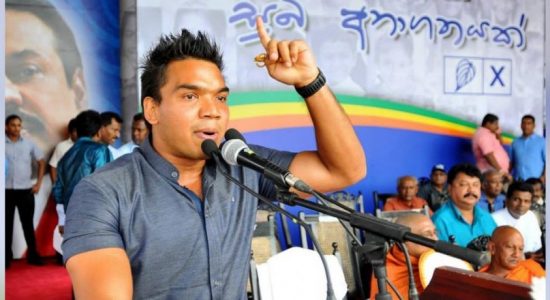