The judicial power of the people will be implemented only through the institutions that we establish, and we will not go against them.

He went on to question as to how can we proceed?

Forward your proposals and subsequently we will direct a bill to the parliament and the Supreme Court and that will be the final opportunity because we do not want to give this. Even if we want to and we have no need to do so so, we will act according to the determination of the Supreme Court.

We cannot be taking up cases so let us forget them. We need to step out of the pit that we have fallen into so let us band together. We are creating a domestic mechanism so we will seek the truth through that.

If an MP is hit on the head when engaging in politics in the North, we need to know about that and the JVP needs to know about it. Even if the others try to undermine it so provide an opportunity to investigate the process by establishing a Parliamentary Select Committee and do not make external mechanism and KP must be included in to the process.

Today it is called hybrid but back then it was a very different foreign policy. 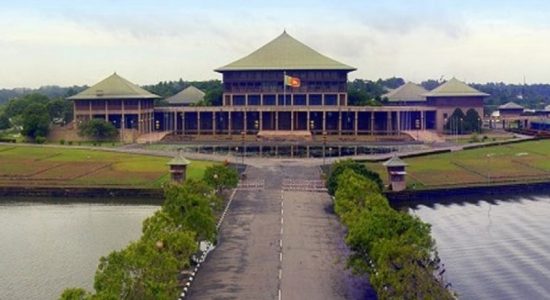