Several factions had responded to a statement made by Minister of University Education Lakshman Kiriella while addressing University Vice Chancellors in Colombo on Tuesday.

Minister of University Education and Highways, stated on Tuesday:

As for the government and for me personally, I want to give the maximum autonomy to the universities. As a minister I will allow you to function without any interference. When the 19th amendment was discussed, we wanted to have the University Grants Council as one of the independent commissions, that was the recommendation of our party, the United National Party. But certain parties in the front opposed it because they wanted to control the universities. So the UGC was there in the original draft but when the final draft came, it was missing. So the policy of the government is to give you autonomy as soon as possible, legally, and you must show results.

The University Grants Commission was to be made an Independent Commission but what happened to that?

We condemn the statement that was made. When the primary draft was being made, there were various proposals made and we remember the proposal that was made on media restrictions. However, even before those proposals made their way to Parliament , they were discarded after discussions between parties. When this proposal was introduced he was the leader of the house and he did not raise any questions. However now he is making such a statement.

He went on to question – What is this two-faced policy and added that it is clear that this statement was made without any responsibility.

When the 19th Amendment to the constitution was passed and presented to the Speaker to be certified , they took almost over four weeks for the process. It is clear that during that period the University Grants Commission had been omitted from the list of independent commissions.

On one side the Rajapaksas need to be held accountable for this and the current UGC also needs to be held accountable. We noticed that through the 19th Amendment to the constitution the current government attempted to introduce several proposals that were not favoured by the people. There was an attempt to influence the heads of media institutions and the media through the 19th Amendment to the constitution. The attempt to intimidate the media by any means can be seen as an act against democracy and the aspirations of the people.

We made the proposal but no one knows what happened to it. It is surprising to note that the responsible Minister of a responsible government has made an irresponsible statement and the University Grant Commission was to be made into an independent commission.

The independent commission were created in the past, and the issue was, were they independent. On the other hand there was an attempt to bring in a proposal to take the heads of media institutions before court and make them guilty and the president said that he discarded that proposal himself and that was presented by the UNP Government. 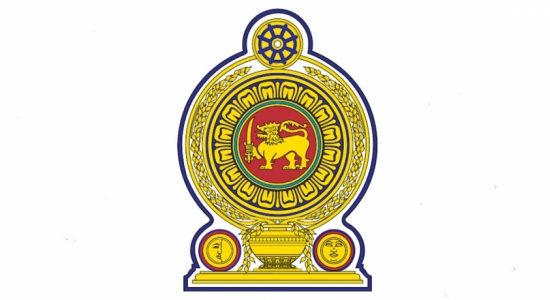