Ubisoft has revealed a new bonus for fans that pre-order the upcoming Assassin’s Creed Syndicate, with a new mission pack starring none other than naturalist Charles Darwin and writer Charles Dickens. Check it out in the player below and pre-order your own copy by clicking here.

In Assassin’s Creed Syndicate you’ll play as Jacob Frye, an assassin born and bred poised to take over the criminal underworld of London during the Industrial Revolution.

Amidst blossoming conflicts between newly crowned kings of industry and the working class they exploit for all they’re worth, Jacob will work in the shadows as he climbs to the top of the criminal underground as the head of one of the city’s most notorious street gangs.

Put up your dukes and play as the first gangster assassin at the birth of the modern age, Jacob Frye. Unleash your arsenal of weapons, including the kukri knife, brass knuckles, and sword cane in brutal combat and utilize the brand new rope launcher to scale buildings in seconds or take your enemies by surprise.

From Buckingham Palace to Big Ben, fight and triumph across the fast-paced open world of Industrial London using high speed trains and carriages. Establish Great Britain’s fiercest gang, the only force that can challenge the elite and defeat rival gangs to bring freedom to the oppressed masses Also play as Jacob’s twin sister Evie, a relentless Assassin who has perfected the silent, swift, invisible strike.

Assassin’s Creed Syndicate will be available for the PlayStation 4, Xbox One and PC on October 23, 2015. 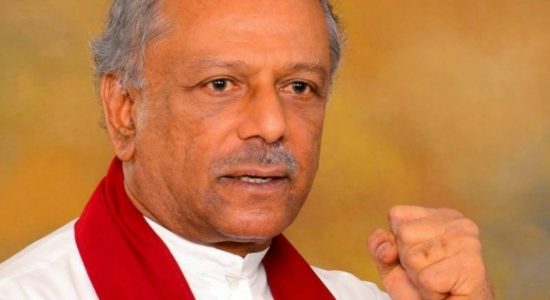 Min. Duminda Dissanayake responds to claims made on formi...