Part of the aircraft wing found on Reunion Island is from the missing MH370 plane, Malaysian Prime Minister Najib Razak has confirmed.

Mr Najib said international experts examining the debris in France had “conclusively confirmed” it was from the aircraft.

The Malaysia Airlines plane carrying 239 people veered off course from Kuala Lumpur to Beijing in March 2014.

The debris was found on the remote French Indian Ocean island a week ago.

The plane is believed to have crashed into the southern Indian Ocean – though no evidence had been found despite a massive search operation.

In the coming days there will be more tests on the flaperon and it’s expected that these will prove the piece’s origin. After that, it will probably be many months before deeper analysis allows any tentative deductions about how the plane may have come down.

The debris is being examined at an aeronautical test centre near Toulouse.

Relatives of the victims were told about the initial results shortly before Mr Najib’s news conference on Wednesday.

Malaysia Airlines described confirmation of the flaperon as “a major breakthrough”.

In a statement, it said it hoped further evidence would be found in the coming days that would “help resolve this mystery”. 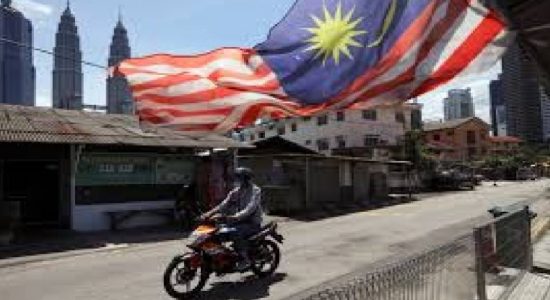